Al Jalila Foundation, a global philanthropic organisation dedicated to transforming lives through medical education and research, will be hosting a charity concert on 22 March 2018 at Dubai Opera to celebrate its 5th anniversary.

Under the patronage of His Highness Sheikh Mohammed Bin Rashid Al Maktoum, Vice-President and Prime Minister of the UAE and Ruler of Dubai, for the first time in the region, and for one night only, physicians from around the world will exchange their white coats for evening attire to perform in a charity concert in Dubai to support medical research. The World Doctors Orchestra, the only orchestra in the world to be made up of solely of doctors, comprises physicians from more than 50 nations who have played in venues in all four corners of the world from Salzburg to Seattle to South Africa since 2007.

Classical music fans can look forward to an exceptional evening of some of the best music written by Ludwig van Beethoven and Felix Mendelssohn Bartholdy. The program also features the world premiere of ‘Positive Spirit’ inspired by His Highness Sheikh Mohammed Bin Rashid’s poem and composed by Jonathan Barret staring violinist Klaudia Olborska-Szymańska.

Dr Abdulkareem Sultan Al Olama, Chief Executive Officer, Al Jalila Foundation, said: “On the occasion of Al Jalila Foundation’s 5th anniversary we are proud to present the World Doctors Orchestra to perform a one of a kind charity concert to support medical research. The doctors come from all over the world and for one night only they generously trade in their stethoscopes for musical instruments and in unity they create an awe-inspiring symphony to spread goodwill. The harmony of medicine and music is a wonderful way to celebrate our anniversary and the near completion of our research centre which promises to be a beacon of hope in the region.”

The World Doctors Orchestra is an independent non-profit organisation founded in 2007 and combines the pleasure of fine music with global medical responsibility. The founder and conductor of the World Doctors Orchestra is Stefan Willich, Professor in Medicine at the Charité University Medical Center in Berlin and former President of the Berlin Music Conservatory Hanns Eisler.

Stefan Willich said: “The World Doctors Orchestra is proud to present the charity concert in Dubai to support Al Jalila Foundation and its efforts to advance medical research. It will be the first time we perform in the gulf and we look forward to showcasing our orchestra to the UAE community and meeting the medical fraternity during our first visit to this exciting region.”

Tickets range from AED 250 to AED 950 and go on sale tomorrow on www.dubaiopera.com. All proceeds of the 24th World Doctors Orchestra charity concert will support Al Jalila Foundation healthcare programs. 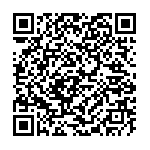