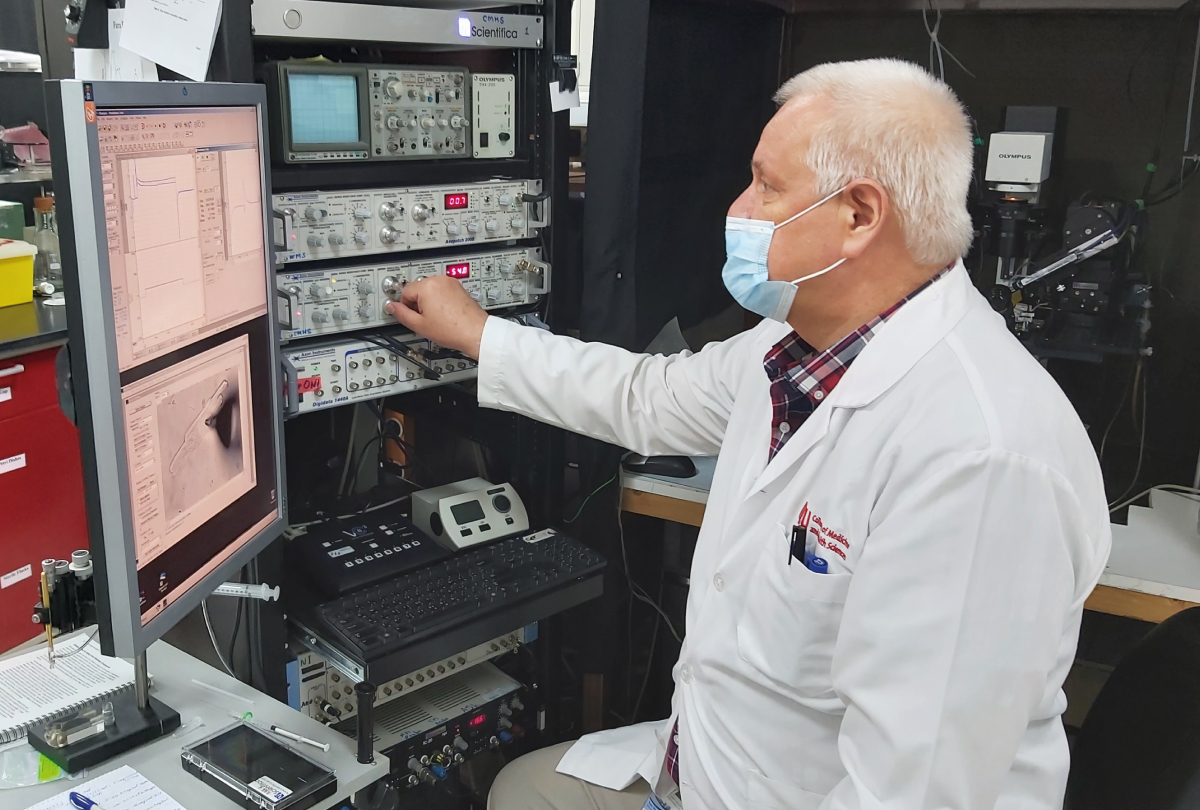 According to the World Heart Federation over 17 million people die from cardiovascular disease annually making it the leading causes of death globally. It is also the primary cause of death in the UAE contributing to 30% of fatalities.

To tackle this problem, Al Jalila Foundation funds several research studies in the UAE including one lead by Professor Anatoliy Shmygol from United Arab Emirates University. Professor Anatoliy’s study works to discover the mechanisms of direct effects of oxytocin on cardiac electrophysiology and excitation-contraction.

Oxytocin is often referred to as the “hormone of happiness” and is associated with childbirth, breast feeding and maternal behavior. However, in recent years, it has become clear that oxytocin plays a much wider role in human biology.

It is involved in various physiological processes including cardiovascular function. Oxytocin has been found to play a protective role against myocardial ischemia-reperfusion injury and against the diabetes-induced cardiomyopathy.

Professor Anatoliy and his team have discovered, in addition to their known expression in cardiac myocytes, oxytocin receptors are also expressed in cardiac fibroblasts.

The research has found that application of oxytocin to normal cardiac fibroblasts triggers robust increases of cytoplasmic Ca2+ concentration. Future work is planned to evaluate the pathophysiological significance and this work will provide theoretical basis for development of new therapeutics to treat heart disease.