The Vice President and Prime Minister of the UAE and Ruler of Dubai, His Highness Sheikh Mohammed bin Rashid Al Maktoum, today officially launched Al Jalila Foundation, a non-profit organisation whose mandate is to promote the UAE as a centre of excellence for medical research and education. Sheikh Mohammed was escorted during the ceremony by his daughter, Sheikha Al Jalila.

Al Jalila Foundation aims to promote the UAE as a centre of excellence in the field of medical education and research and position Dubai at the forefront of medical innovation. The Foundation will facilitate medical treatment; provide academic scholarships; fund groundbreaking research; champion healthcare awareness programs; foster strategic partnerships with local and global entities and advocate for progressive policies to ensure a sustainable future for Dubai, enhancing its global position as a medical hub.

The Chairperson of the Board of the Directors and Member of the Board of Trustees, Raja Al Gurg, addressed the audience, saying : “Al Jalila Foundation will provide a new catalyst for complementing efforts aimed at building a health society.” With Al Jalila Foundation in action, she added, many doors will open to many medical achievements that could not previously become a tangible reality.

She called for all stakeholders to pool their resources for shaping future of the present and future generations.

”The tremendous efforts we are making today will have far-reaching, positive impact on the health being of children in the region, generation after generation.”

Speaking also at the event, Dr Abdul Kareem Sultan Al Olama, CEO of the Foundation, said: ”We have high hopes the Foundation will be instrumental in addressing current health challenges as part of the UAE quest for a better healthy future.” While delivering its mission through an integrated medical system, he added, the Foundation will focus on treatment, education and research.

He said the Foundation will play a vital role in advancing the UAE’s standing as a global premier centre of health care excellence. It will focus mainly on healthcare challenges across the Emirates to support Vision 2021 by developing pioneering ways to combat locally prevalent illnesses through cutting-edge medical research. 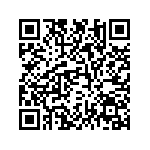