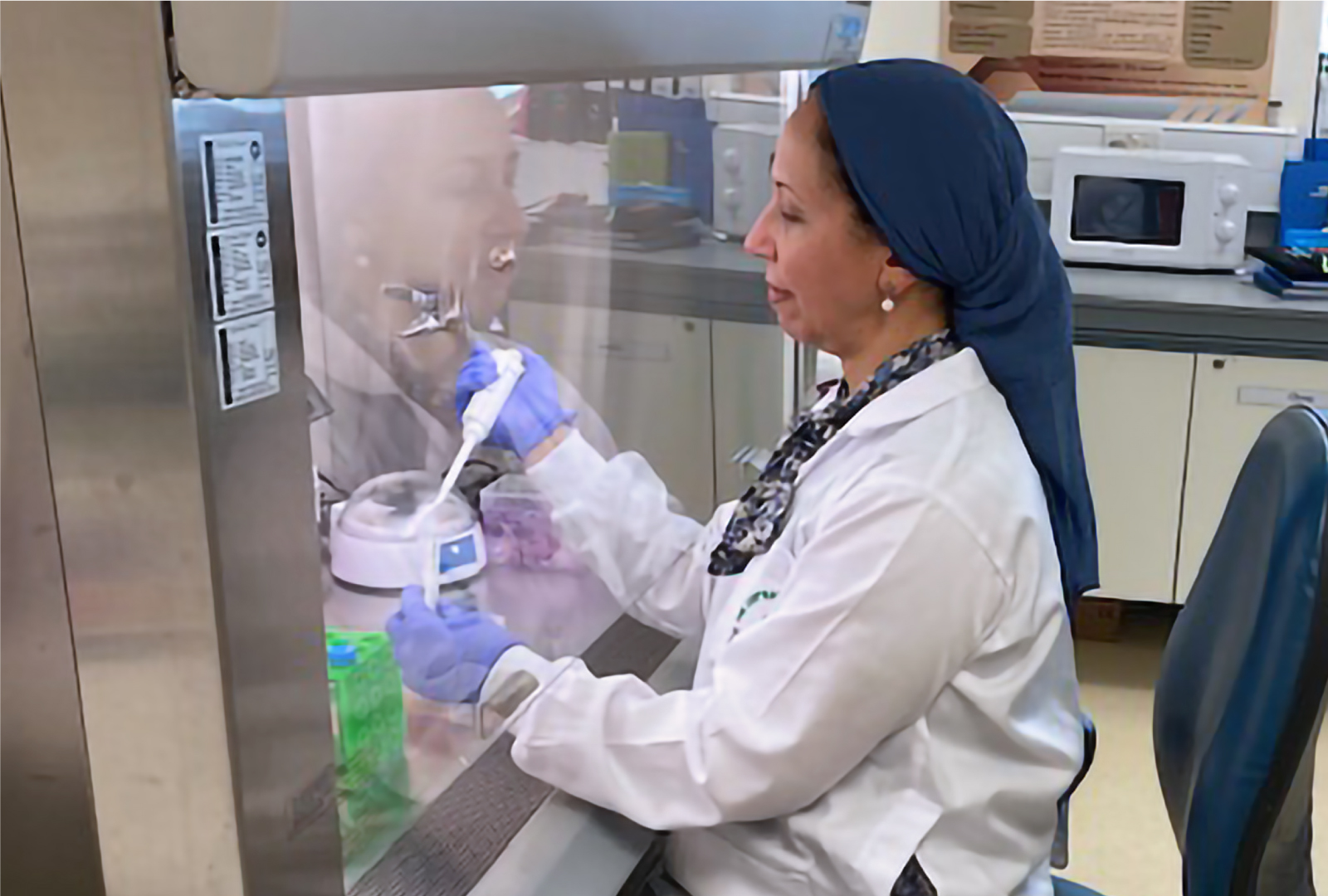 Colorectal cancer (CRC) is the second most common cancer and the second highest cause of cancer deaths in the UAE.

To tackle the issue, Al Jalila Foundation awarded a research grant to Dr Maha Saber-Ayad, a medical Pharmacologist from the College of Medicine at University of Sharjah, to understand the role of galanin in CRC patients and potentially discover therapies that can prevent the progression of the disease.

The colon has a unique network of neurons that secrete various proteins known as “neuropeptides”, one of which is “galanin”.  The study evaluated the role of galanin in different stages of 80 CRC patients’ samples, using different lab techniques, including immunohistochemistry and next-generation sequencing, to take snapshots of the disease in different stages at the molecular level to decipher the role of the protein in the development of CRC.

Through bioinformatics analysis, several pathways were identified and implicated in tumour progression: cell cycle, cell division, autophagy (self-eating), regulation of expression of tumour suppressor genes, and immune system process.  Twelve key genes were shared among those pathways and in turn the expression of those genes evaluated in several CRC cell lines to validate results. These results can lead to the discovery of potential therapies and give hope to patients with CRC.