Exploring the mysteries of disease 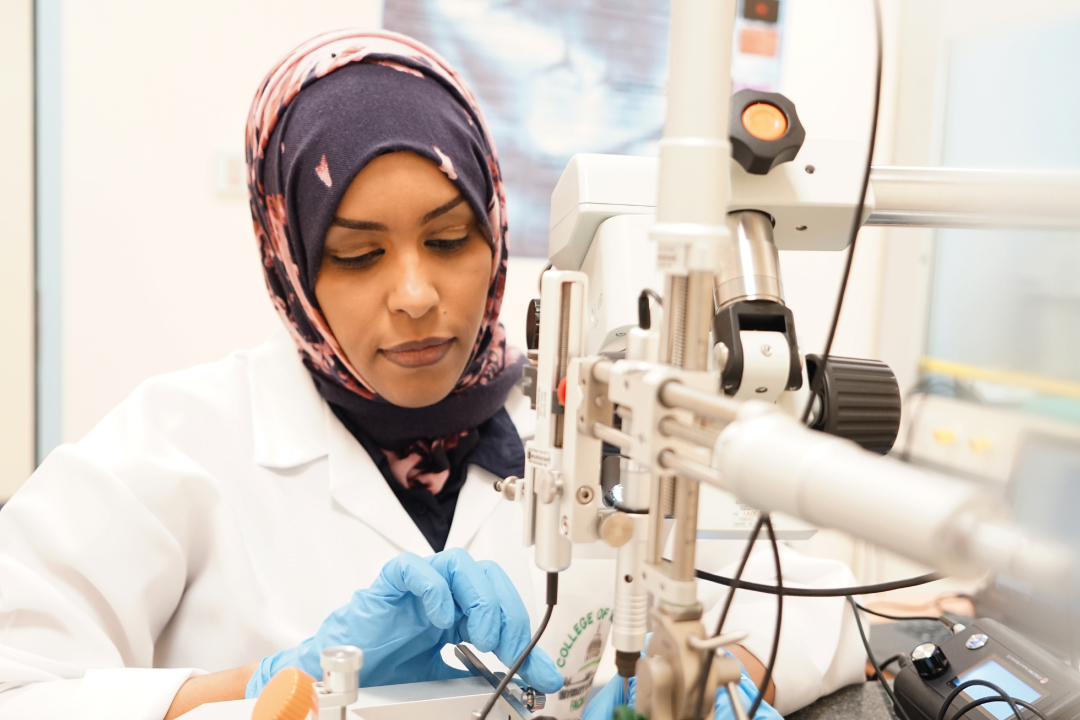 Dr Bashair Mussa from University of Sharjah (College of Medicine) is a cutting-edge researcher leading a study, with the support of Al Jalila Foundation seed grant, investigating the role of FOS and BECLIN1-inducing autophagy in pathogenesis of hypoglycemia-associated autonomic failure (HAAF) in diabetes.

HAAF is a serious complication of diabetes which is associated with unawareness of hypoglycemia (low levels of blood glucose) in patients with diabetes. The main cause of this condition is the absence of physiological homeostatic counter-regulatory mechanisms that are controlled by the hypothalamus (a critical region within the brain).

FOS is a sensitive marker of neuronal activity in the hypothalamus which possesses significant responses to hypoglycemia. Expression of autophagic adaptor proteins such as BECLIN 1, is associated with cognitive dysfunction in diabetes.  It has been suggested that FOS mediates the regulatory effect of BECLIN1 on autophagic processes in the brain.

This project aims to identify the role of FOS and BECLIN 1 in the pathogenesis of HAAF and to profile the involvement of autophagic markers in HAAF.

Identification of novel biomarkers for early detection of HAAF will help patients with diabetes to prevent hypoglycemic episodes, to improve their quality of life and to preserve their cognitive functions.