Al Jalila Foundation, a member of the Mohammed Bin Rashid Al Maktoum Global Initiatives, announced that Emirati journalists, Nahid Al Naqbi and Iman Ben Chaibah, have successfully completed the Rosalynn Carter Mental Health Journalism (RCJF) Fellowship Program and graduated in the presence of former US First Lady Rosalynn Carter at the annual fellows meeting held in Atlanta recently. The program is the first mental health fellowship program for journalists in the Middle East, launched in the UAE in 2016 by Al Jalila Foundation.

For nearly two decades, the Center has awarded one-year fellowships to 200 journalists to connect them with resources and experts to increase the quality and accuracy of mental health reporting around the world. The program is currently in the United States, Colombia, United Arab Emirates, and Qatar and was previously in New Zealand, South Africa, and Romania.

Her Excellency Dr Raja Easa Al Gurg, Chairperson of the Board of Directors and Member of the Board of Trustees of Al Jalila Foundation, said: “Journalists have immense power to inform, educate and influence society. Their support is essential to raise awareness and create a dialogue about mental health in the region. It is our collective responsibility to ensure that people with mental illnesses are not marginalized and that they receive the required support to live happy productive lives. We are very proud of the dedication of our fellows to spread President and Mrs Carter’s message to the UAE paving the way for a national conversation to overcome the cycle of stigma.”

“These fellows can reshape how media in the Middle East covers one of the most significant, misunderstood public health problems. Like the fellows before them, they will have the opportunity to impact their colleagues and newsrooms, and become the point person in their field on mental health issues.” said former US First Lady Rosalynn Carter.

Nahid Al Naqbi, Deputy Head of Editorial Content Support, Al Bayan Newspaper, explored why the treatment of mental illnesses remains shrouded in fear and misconception in the UAE and how to reduce mental health stigma. Nahid authored several mental health articles in the UAE’s most widely read Arabic newspaper and initiated a social media campaign, #ShareYourExperience, as a safe space for people suffering to share their stories and realise that they are supported. “The UAE is forging the path for mental health awareness in the region and I am honoured to be placed at the frontline of this national conversation.”

Iman Ben Chaibah, CEO of Sail Publishing and Editor-in-Chief of Sail Magazine, studied mental health issues among UAE youth and how to support people who suffer from mental illnesses. Iman and her team at Sail Magazine published a number of articles focusing on potential causes that lead to higher mental health volatility, including academic anxiety and social perceptions which resonates with so many today. “I am grateful for this unique opportunity that enabled me to connect with pioneers in mental health journalism giving me invaluable knowledge to continue to support our youth.”

The Carter Center leadership team commended the UAE Fellows’ efforts citing their admiration for the “groundbreaking work done in the UAE”.

Since the Rosalynn Carter Fellowships for Mental Health Journalism were established in 1996, fellows have produced more than 1500 stories, documentaries, books, and other works during and after their fellowship year. Their projects have garnered Emmy Awards, nominations for the Pulitzer Prize, and other awards. 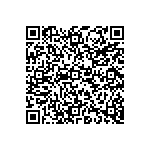