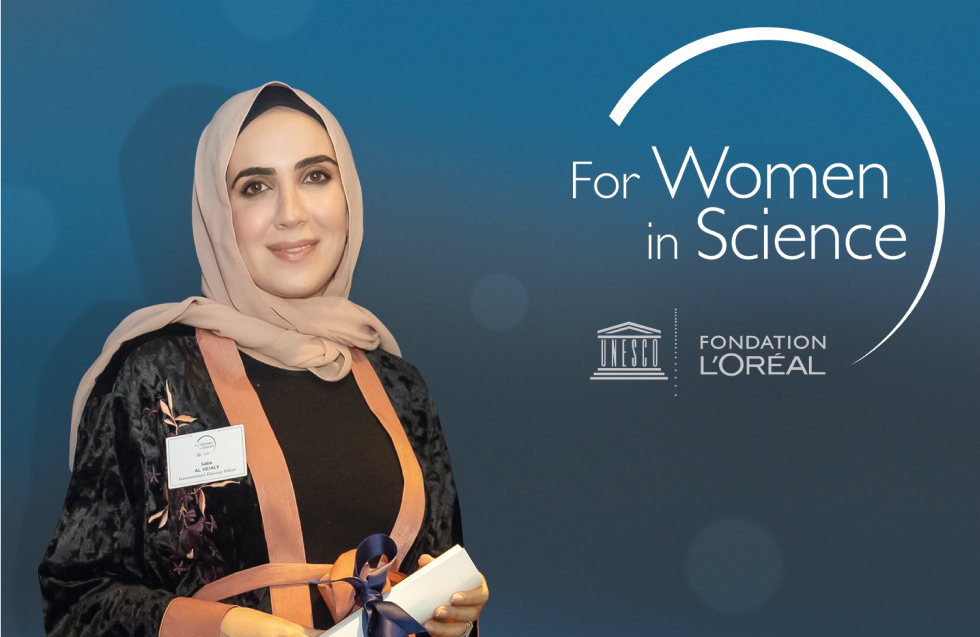 Worldwide, lung cancer is a leading cause of cancer mortality in both men and women and in the UAE it is ranked the second deadliest disease among UAE nationals.

Dr Saba Al Heialy was one of 15 female scientists worldwide honoured as ‘International Rising Talent’ at the 21st L’Oréal-Unesco For Women In Science Award Ceremony. The award is Dr Saba’s second L’Oréal-Unesco for Women in Science recognition; last year, she was one of only four ‘Outstanding Female Scientists’ from the GCC awarded a Middle East Fellowship.

Dr Saba’s father, an accomplished researcher, her inspiration and mentor, instilled “the core values and self confidence that have allowed me to become the researcher I am today. I hope my story will inspire many girls and young women in the Middle East to pursue their scientific dreams and reach their full potential.”