The hospital was named after the late Sheikh Hamdan bin Rashid Al Maktoum. In less than four months since the announcement of the hospital by HH, Al Jalila Foundation has already raised AED330 million, towards the AED750 million fundraising target, with major donations from philanthropists, government and non-government organisations, UAE businesses and corporates.

His Highness Sheikh Ahmed bin Saeed Al Maktoum, Chairperson of the Board of Trustees of Al Jalila Foundation, said: “Health is the cornerstone of a nation’s longevity, economic development and sustainability and Al Jalila Foundation aims to build medical capacity to strengthen the UAE’s health system. The health and wellbeing of the UAE’s citizens and residents is one of our top priorities and the Hamdan Bin Rashid Cancer Charity Hospital will become a leader in cancer care serving patients in need.  We are grateful to DEWA and the philanthropic community for coming together to help make quality healthcare accessible to the most vulnerable in society.”

“DEWA supports the vision of His Highness Sheikh Mohammed bin Rashid Al Maktoum, Vice President and Prime Minister of the UAE and Ruler of Dubai, to promote the values of goodness, giving and benevolence. We are pleased to support the Hamdan Bin Rashid Cancer Charity Hospital in Dubai, the first of its kind in the UAE. This hospital commemorates the late Sheikh Hamdan bin Rashid Al Maktoum’s legacy in humanitarian and charity projects in the development, urban, educational and medical sectors. Since the UAE union by the Founding Fathers, the UAE is pioneering in humanitarian work worldwide. Apart from providing electricity and water according to the highest availability, reliability and efficiency standards, DEWA also aims to be a key contributor to developing the medical infrastructure of the country, enhancing the efficiency of the health ecosystem and responding to change and emergencies,” said HE Saeed Mohammed Al Tayer, MD & CEO of DEWA.

Her Excellency Dr Raja Easa Al Gurg, Member of the Board of Trustees and Chairperson of the Board of Directors of Al Jalila Foundation, commented: “Al Jalila Foundation works with its partners and donors to deliver innovative treatment, education and research programmes to support the UAE National Health Agenda to achieve a world-class healthcare system. We are extremely grateful to DEWA for their continued generosity and for supporting the work we do to transform lives. The UAE’s first cancer charity hospital aims to redefine cancer care for those in need and become a beacon of hope for cancer patients and their families.”

Dr Abdulkareem Sultan Al Olama, CEO of Al Jalila Foundation, said: “Donor support is an integral part of our success in developing the Hamdan Bin Rashid Cancer Charity Hospital and we are grateful to our long-term partner DEWA who has committed to helping us realise our vision to support cancer patients and their families. The hospital will bring together cancer expertise and make an invaluable contribution to the country’s healthcare sector putting patient care first.”

The 250-bed hospital will occupy 50,000 square meters. It will provide best-in-class outpatient, ambulatory and diagnostic services as well as inpatient and surgical services in a nurturing environment that features personalised patient care. It will be built in two phases with Phase 1 expected to open at the end of 2023 with 150 beds and the capacity to treat 30,000 patients a year. 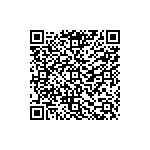