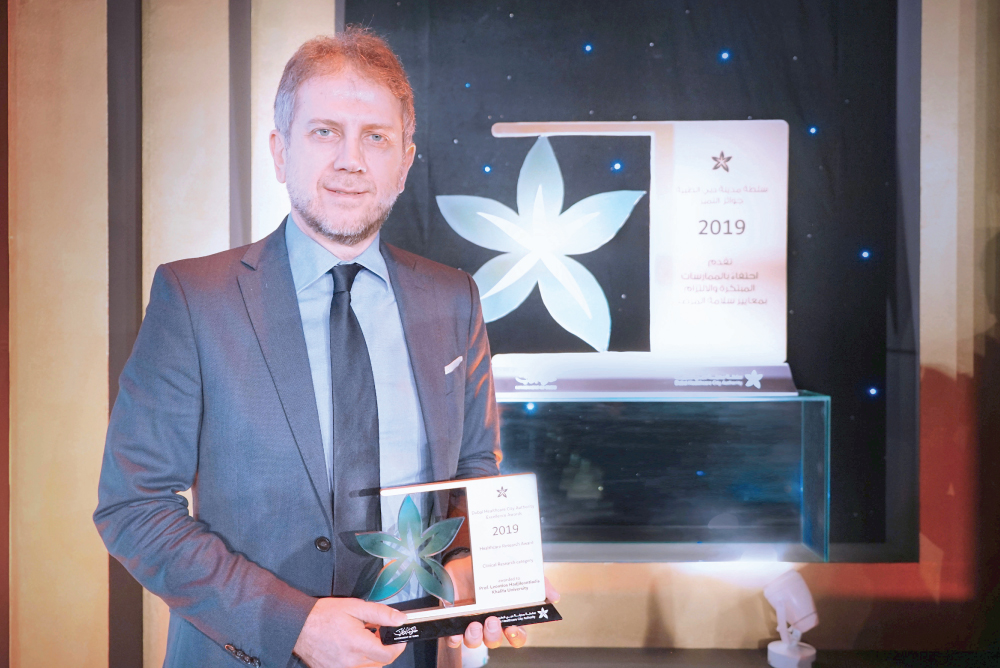 During these uncertain times, mental health support has never been more vital and Al Jalila Foundation is proud to be at the forefront of pioneering research in the UAE by supporting scientists addressing the issue.

The innovative app called ‘Type of Mood’, available on Android and iOS, detects depressive disorders by recording four parameters related to keystroke dynamics while the user interacts with the phone’s keyboard. The data calculated is sensitive to the pressure applied on the keys and the time taken to switch between keys while typing. The app also connects to healthcare professionals and encourages those found at risk to consult with doctors for medication, if necessary.

The app is linked to the American Neurology Centre and has been operational for more than two years. Since launching, it has helped detect and record several cases of depression signaling support from professionals.

In 2019, Professor Leontios Hadjileontiadis was recognised for his ground-breaking work with the Applied Sciences Research Award as part of Dubai Healthcare City Authority’s Excellence Awards.