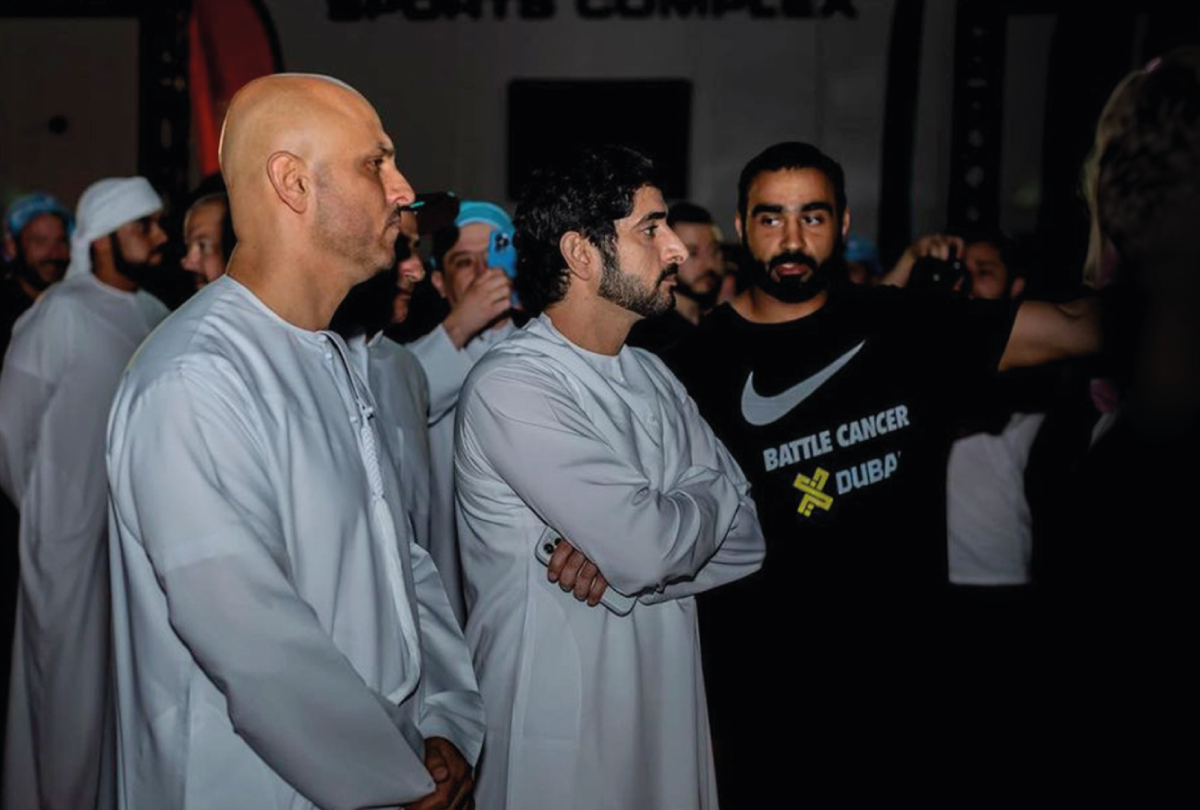 Al Jalila Foundation was delighted to be the charity partner of the first Battle Cancer CrossFit Challenge in Dubai which brought together athletes of all abilities in the fight against cancer.

Battle Cancer Dubai is a one-day fitness challenge for teams of four which incorporates teamwork, high-intensity cardio, functional fitness and accessible weights. The teams were encouraged to raise as much funds possible for their chosen cancer charity and those who raised more received higher scores.

The global fitness fundraising challenge in partnership with XDubai and endorsed by the Dubai Sports Council took place at NAS Sports Complex. The participants were surprised with a visit from His Highness Sheikh Hamdan Bin Mohammed bin Rashid Al Maktoum, a sports enthusiast himself, who cheered on the teams as they competed for the top prize.

In the inaugural UAE edition of Battle Cancer the athletes and participants raised an incredible AED 120,000 for Al Jalila Foundation to support cancer research and treatment while spreading hope that the disease can be beaten. As a token of appreciation ‘Battle Cancer’ was added to Bassmat Rashid Bin Saeed donor recognition wall marking their dedication to winning the battle against cancer.

Since establishment in 2017, Battle Cancer has demonstrated an incredible commitment to promote cancer awareness through sport and has raised almost AED 12 million for more than 50 cancer charities across the world.

Battle Cancer founder and director, Scott Britton, said: “We share XDubai’s ethos that being active is a life choice and that pushing yourself is the challenge. Everyone has been touched by cancer in some way and Battle Cancer connects a supportive community united with fun, fitness and philanthropy.”

Plans are already underway for the 2023 edition of Battle Cancer…stay tuned for more details.