In an unprecedented charity auction that raised AED 89.8 million at Al Jalila Foundation fundraising gala dinner, the race helmet worn by His Highness Sheikh Mohammed bin Rashid Al Maktoum, Vice-President and Prime Minister of the UAE and Ruler of Dubai, during His victorious win at the FEI World Endurance Championship in 2012, sold for a record-breaking amount of AED 24,050,000.

The gala dinner, which was brought together under the theme of ‘Research for Life’, was attended by over 350 guests including HRH Princess Haya bint Al Hussein; Dr Raja Al Gurg, Member of the Board for Trustees and Chairperson of the Board of Directors, Al Jalila Foundation; Humaid Mohammed Obaid Al Qutami, Director General of Dubai Health Authority; Abdullah Al Shaibani, Secretary General of Dubai Executive Council: Members of the Board of Trustees of Al Jalila Foundation and a number of philanthropists and members of the community.

Dr Raja Al Gurg, Member of the Board for Trustees and Chairperson of the Board of Directors, Al Jalila Foundation, commented after the auction:

“Our success tonight is testament to the generosity of the people of the UAE. We are very grateful for the support of our sponsors, auction donors and everyone for a wonderful evening. It’s truly inspiring to see the community come together to support local medical research.”

“Al Jalila Foundation, like the rest of Dubai, is a product of the vision and foresight of His Highness Sheikh Mohammed bin Rashid Al Maktoum, Vice-President and Prime Minister of UAE and Ruler of Dubai, one that has altered the course of medical innovation in the United Arab Emirates. There is no one who embodies better the vision of His Highness Sheikh Mohammed and the mission of Al Jalila Foundation than Chairperson of Dubai Healthcare City Authority, HRH Princess Haya bint Al Hussein. Her passion for hunger alleviation, nutrition awareness, and the improvement of healthcare systems is recognized and celebrated the world over. We are so honoured by HRH Princess Haya’s continued support and patronage. It is indeed a privilege and an honor for myself and my team to lead this ground-breaking institution into the future.”

The total proceeds of the charity gala reached AED 89,837,000 which included an AED 25 million donation from Mr Sunny Varkey and AED 10 million from a long-term supporter of the Foundation, Raghuvinder Kataria.

The auction organised by Emirates Auction, a leading global auction house, began online to enable a wider participation and attracted more than 600 bids, including international participants, and culminated with a live auction at the charity gala. Emirates Auction holds five Guinness World Records for the most expensive car plates, properties and vessels sold at auction. Following Al Jalila Foundation charity auction, Emirates Auction now holds the world record for the highest amount ever raised for a race helmet and horse saddle, adding to the company’s long list of accolades. 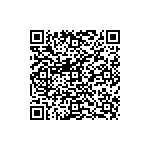