Under the patronage of His Highness Sheikh Mohammed Bin Rashid Al Maktoum, Vice-President and Prime Minister of the UAE and Ruler of Dubai, Al Jalila Foundation, a global philanthropic organisation dedicated to transforming lives through medical education and research, hosted the World Doctors Orchestra charity concert on 22 March 2018 at Dubai Opera to coincide with its 5th anniversary. The event raised almost AED 1,000,000 to advance medical research in the UAE.

To mark the occasion of the 5th anniversary of Al Jalila Foundation, Dr Raja Easa Saleh Al Gurg, Chairperson of the Board of Directors and Member of the Board of Trustees, said: “We are extremely honoured by the patronage of His Highness Sheikh Mohammed Bin Rashid Al Maktoum, and privileged to hear the renowned orchestra perform the world premiere of ‘Positive Spirit’ at the magnificent Dubai Opera. We are grateful to each of the brilliant physicians for taking the time from their medical profession to share their talent and passion for music, and to use it to raise funds to advance medical research in the UAE. This harmony of medicine and music is a wonderful way to celebrate our anniversary and we thank our sponsors and the audience for being part of this momentous occasion.”

For the first time in the region, and for one night only, 75 physicians from 15 countries, joined by a common devotion and love for music, travelled from around the globe to perform this unique charity concert in Dubai with 100% of proceeds dedicated to advancing medical research in the UAE. Established in 2007 the World Doctors Orchestra is an independent non-profit organisation, comprising of physicians from more than 50 nations who have performed in venues in all four corners of the world, by combining the pleasure of fine music with global medical responsibility. The Dubai inaugural concert marks the 24th international performance since its inception.

Dr Stefan Willich, founder and conductor of the World Doctors Orchestra, who has conducted all 24 concerts, said: “The vibrant city of Dubai, with its flourishing arts and culture scene, is the perfect backdrop for this unique melody of music and medicine in concert. It is a great honour for the World Doctors Orchestra to perform for the first time in the region and we are proud to support Al Jalila Foundation and their humanitarian work. As doctors our daily work focuses on healing one patient at a time, as an orchestra we come together to champion medical advancement through our devotion to music. We are grateful to Al Jalila Foundation for hosting this event and enabling us to deliver on our two passions.”

The concert attendees experienced an exceptional evening with powerful performances of some of the best music composed by Ludwig van Beethoven and Felix Mendelssohn Bartholdy, starring violinist Klaudia Olborska-Szymańska, one of the UAE’s top violinists. The highlight of the evening was the world premiere of ‘Positive Spirit’ inspired by Sheikh Mohammed Bin Rashid’s poem and composed by Dubai resident Jonathan Barrett, Director of Dubai Chamber orchestra, which was received with great applause.

The first of its kind event in the region and one of the classical musical highlights of Dubai’s calendar was held in partnership with Dubai Culture, Dubai Calendar and Emirates Medical Association and sponsored by Paris Gallery, City Pharmacy Co., Mediclinic Middle East, Medtronic, Sanofi and American Academy of Cosmetic Surgery Hospital.

Mohammed Abdul Rahim Al Fahim, CEO of Paris Gallery Group of Companies, platinum sponsor for the event said: “His Highness Sheikh Mohammed Bin Rashid Al Maktoum is a visionary with a strong and enduring spirit. He is a true leader who strives to be the perfect example for all of us. His passion for life and his experiences are revealed in his poems; they stir and inspire us to be positive and move ahead with faith. The premiere of ‘Positive Spirit’ inspired by His Highness’ poem is a marvellous tribute to a great leader and poet. Congratulations to the Al Jalila Foundation for hosting such a remarkable event coinciding with its 5th anniversary celebrations.”

As Al Jalila Foundation moves into its sixth year of operations it looks forward to opening the first multi-disciplinary medical research centre in the region, to fulfil its vision to transform lives through medical education and research, which will be a beacon for medical innovation in the UAE and the region. 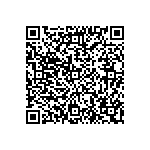