Working together to ‘beat diabetes’ 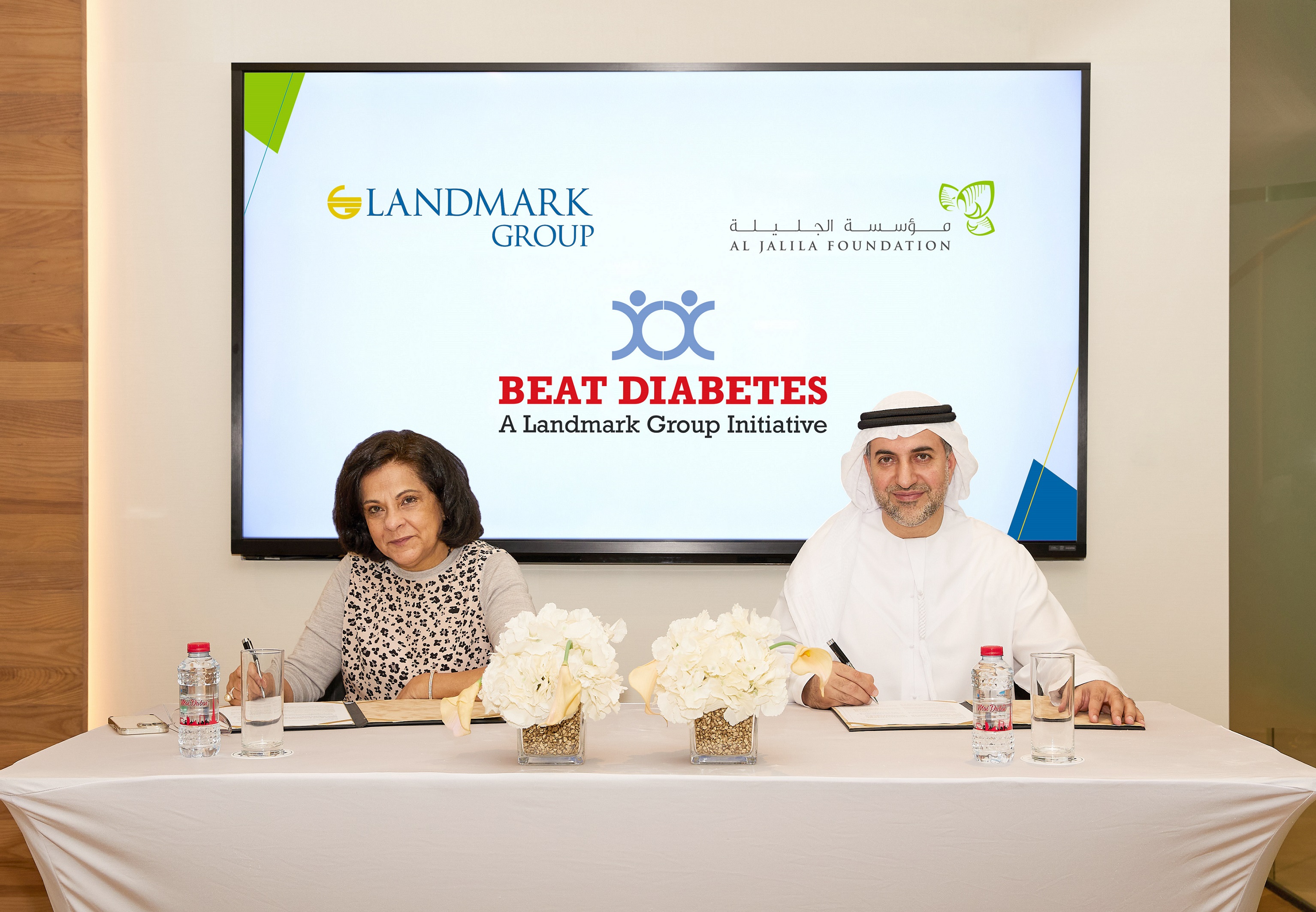 According to the World Health Organization, at least 422 million people worldwide have diabetes, and 1.5 million deaths are directly attributed to diabetes each year.

For over a decade, Landmark Group has been leading the fight against diabetes in the region and in 2019 was honoured with the first Sports Imprint Award by Dubai Crown Prince, HH Sheikh Hamdan Bin Mohammed Bin Rashid Al Maktoum.

Al Jalila Foundation is proud to be the charity partner for the month-long Landmark Group ‘Beat Diabetes’ initiative that raises funds across its outlets in the UAE and then matches the donations raised dirham-for-dirham to double the amount collected to support diabetes research. In addition to fundraising, the annual Beat Diabetes Walk brings together over 10,000 participants to educate the public about the condition.

Diabetes is a crippling but preventable disease and unfortunately many patients are unable to get the treatment they need. This year, Landmark Group has committed to support Al Jalila Foundation’s A’awen treatment program with a pledge of AED5 million to help patients.

Renuka Jagtiani, Chairwoman and CEO of the Landmark Group, is passionate about the cause, “We have been committed to the fight against diabetes for more than a decade and our pledge is a vital step towards ensuring easier access to life-saving treatment for those who need it.”