Mohammed Ayoub was one of our first A’awen patients, he was the face of 7EmiratesRun and the inspiration for Al Jalila Foundation’s iMcan program which provides prothesis to those in need.

6-year-old Mohammed was born with severe congenital limb deformities and over the years we have watched Mohammed blossom from a shy toddler into a confident young boy. He has since joined #TeamAlJalila at many events and even took part in the TECOM We Walk to inspire other children of determination.

Mohammed recently had the opportunity to be part of the Ottobock Running Clinic in Dubai run by Paralympic world champion and gold medalist, Heinrich Popow, and trialed a running prostheses for the first time. It has long been Mohammed’s wish to run and play football with his friends and siblings and when Mohammed put on the ‘running blade’ and was shown by Heinrich what he could do the thrill of being able to run freely was impossible to hide. Watching the Olympian and listening to his story of triumph and how he used his disability to the best of his ability, had Mohammed in awe and clearly made a lasting impression on the young boy. As the day came to an end Mohamed exclaimed “I want to run fast like Heinrich, I want to go to the Olympics”.

Since 1990 the UAE has been an avid champion for young children like Mohammed with sports being encouraged to all children of all abilities. In 2019 Abu Dhabi hosted the Special Olympics World Games and showed the world the UAE’s commitment to creating a more inclusive society and ensuring the happiness of people of determination so that children like Mohamed can realise their dreams. As we follow Mohammed’s journey he continues to inspire us with his childlike enthusiasm and ambition. 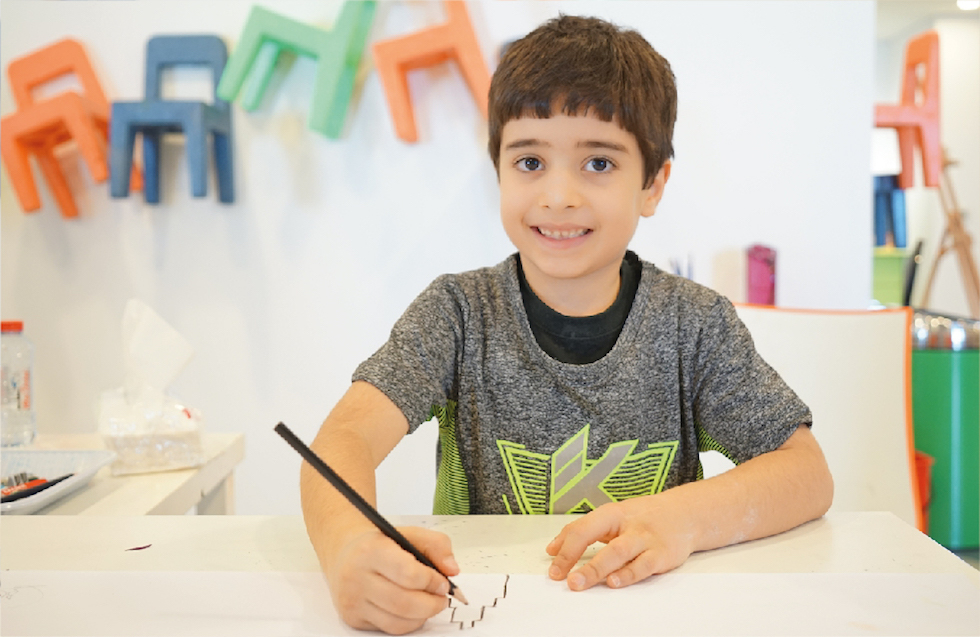