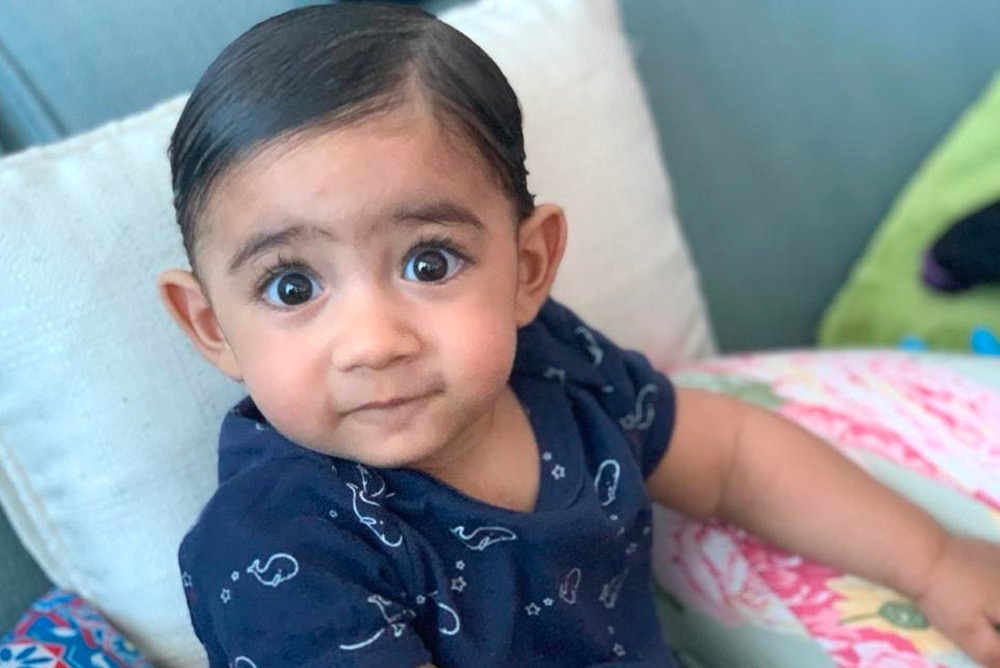 Salim was born with a ventricular septal deformity, a hole in his heart, which caused developmental delays, fatigue when feeding, coughing and shortness of breath. Although, his parents faithfully followed his condition with the doctors in the hope that there would be an improvement, by the time he reached 5-months-old his symptoms began to deteriorate. He suffered from shortness of breath and due to severe lack of oxygen his skin had begun to turn blue. It was clear that Salim needed to undergo open heart surgery immediately.

The biggest challenge facing the family were the medical expenses but a friend directed them to Al Jalila Foundation where they found relief in their time of need.

“The support of the foundation and the hospital was not limited to performing surgery and medical care. They offered kindness and reassurance during the entire period of Salim’s intensive care until he left the hospital. It is with enormous gratitude to Al Jalila Foundation and the medical team that my child is in very good health and continues to improve day by day.”

Since 2013, with the dedicated support of donors, Al Jalila Foundation has been able to provide quality treatment to 844 patients like young Salim who were suffering from life threatening illnesses.