Philanthropists who have donated to the new Hamdan Bin Rashid Cancer Charity Hospital being established by Al Jalila Foundation, a member of the Mohammed bin Rashid Al Maktoum Global Initiatives, have praised the initiative to build the hospital as a pioneering contribution to the nation’s healthcare sector.

The UAE’s first charity hospital pays tribute to the late Sheikh Hamdan bin Rashid Al Maktoum for his lifetime of service to the nation and extraordinary global philanthropic achievements. The contributions of the donors have helped Al Jalila Foundation already raise a total of AED220 million for the construction of the hospital.

HE Easa Saleh Al Gurg, Founder, Easa Saleh Al Gurg Charity Foundation, said: “We deeply appreciate the initiative of His Highness Sheikh Mohammed bin Rashid Al Maktoum, Vice President and Prime Minister of the UAE and Ruler of Dubai, to establish a world-class hospital which will be a beacon of hope for cancer patients. Our long-term partnership with Al Jalila Foundation is underpinned by our collective vision to improve the lives of people and communities through medical innovation. Our contribution to build the Hamdan Bin Rashid Cancer Charity Hospital is a symbol of our commitment to support free medical treatment for cancer patients who would otherwise be unable to afford it. This is also an expansion of the vision of Easa Saleh Al Gurg Charity Foundation that pays great attention to supporting the provision of medical treatment for low-income and poor families.”

Mohammed Ibrahim Obaidullah said: “The establishment of the Hamdan Bin Rashid Cancer Charity Hospital in Dubai is a pioneering move and significant contribution to the health sector in the UAE, which has been at the forefront of our wise leadership’s agenda. In the year of the Golden Jubilee, the UAE has become one of the best countries in the world in the field of healthcare. The new hospital will represent all that is good as it bears the name of the late Sheikh Hamdan bin Rashid Al Maktoum and commemorates his memory, as much as it provides a platform for people to be part of a giving movement and helping others. In order for this hospital to become a beacon that radiates hope to those who cannot afford the cost of treatment, I encourage everyone to support its completion as an act of goodwill and humanitarian obligation.”

Hamad bin Ahmad bin Sougat said: “It is one of the biggest privileges to be able to help improve lives. The late Sheikh Zayed bin Sultan Al Nahyan, instilled in us a culture of giving and he inspired his people to care for those less fortunate. Philanthropy is at the heart of our nation’s fabric and we are immensely proud to support the Hamdan Bin Rashid Cancer Charity Hospital and honour the legacy of the late Sheikh Hamdan Bin Rashid Al Maktoum. The new hospital will provide a safe haven for those impacted by cancer and it will become beacon of hope for cancer patients and their families.”

Khalid Abdul Wahid Al Rostamani, Chairman of AW Rostamani Group said: “CSR is embedded in our organisation’s culture and we are committed to improving the quality of life of local and international communities. AW Rostamani Group’s partnership with Al Jalila Foundation spans across many years and we would like to convey our appreciation and gratitude to Al Jalila foundation for giving us the opportunity to be part of this initiative and the establishment of Hamdan Bin Rashid Cancer Charity Hospital which will improve so many lives. Our support for the new cancer hospital is our way of giving back to the nation, its people and its residents. If we can leave the world a better place we have honoured the legacies of the late Sheikh Hamdan Bin Rashid and our late father Abdul Wahid Al Rostamani both of whom dedicated their lives to making a difference in the lives of others and improving humanity.”

Marwan Abdullah Al Rostamani, Chairman of Al Rostamani Group said: “Al Rostamani Group is honoured to be part of His Highness Sheikh Mohammad Bin Rashid Al Maktoum initiative to establish the Hamdan Bin Rashid Cancer Charity Hospital, a tribute to the person who will be remembered for his generosity and devotion to make a difference in the lives of those in need, both in the UAE and beyond. We believe that the act of giving and contribution is humanitarian in its essence – never fades or diminishes, a principle that the Al Rostamani Group has been committed to since its establishment.”

Abdul Rahim Mohammed Belghozooz Al Zarooni, Chairman, Al Zarooni Group of Companies said: “There is a great need for a comprehensive cancer care hospital in Dubai and it will make a positive impact on patients’ lives. Establishing the Hamdan Bin Rashid Cancer Charity Hospital is a wonderful way to honour the legacy of the late Sheikh Hamdan who dedicated his life to improving people’s lives across the globe. It is a privilege for us to support the hospital because it is an inspiring humanitarian project that reminds us of our responsibility as human beings towards those that need it most. Our wise leadership has instilled in us the race to do good and live by the values of giving and human solidarity, instilled in them by the founding fathers of the UAE, and we are committed to doing our part to benefit mankind.”

Abdul Hamied Seddiqi, Chairman, Seddiqi Holding said: “The charitable contributions of the late Sheikh Hamdan Bin Rashid Al Maktoum are monumental to our country and beyond. With philanthropy and compassion at the core of the Seddiqi family values and Seddiqi Holding, we are humbled to contribute towards the Hamdan Bin Rashid Cancer Charity Hospital in honour of his work and memory. We look forward to working alongside Al Jalila Foundation on this endeavour, which continues to honour the values and beliefs of our late founder Ahmed Qassim Seddiqi and is pioneering development in this field.”

Faizal and Shabana Kottikollon, Chairperson & Vice-Chairperson, KEF Holdings said: “We are pleased to support Al Jalila Foundation to establish the UAE’s first charity hospital to help cancer patients in need. As entrepreneurs, our biggest commitment is to make a positive impact in people’s life. Education and scientific research leading to innovation is the only way to honour that commitment and leave a better, more sustainable world for the coming generations.  Scientific research is a fuel that accelerates human progress and at KEF we believe that through hard work backed by research and commitment leading to revolutionary ideas is the key to a brighter future. We see the same spirit in Al Jalila Foundation and that’s what makes this a perfect partnership.”

Dr Rajen A. Kilanchand, Chairman, Dodsal said: “I am proud to be associated with Al Jalila Foundation as a donor and I was extremely pleased to hear that the new Hamdan Bin Rashid Cancer Charity Hospital is being built to help cancer patients who cannot afford treatment. Everybody knows someone who has or had cancer and to be able to make a difference to the lives of those suffering with this disease in a specialist hospital is a fitting tribute to the late Sheikh Hamdan bin Rashid. Al Jalila Foundation aims to be at the forefront of this new era in the fight against cancer by collaborating with renowned research centres and leading oncologists to find new ways to eradicate cancer.”

Raghuvinder Kataria, Chairman of Kataria Holdings said: “I believe the true wealth of a nation is determined by the health of its people. This is echoed through the vision of Al Jalila Foundation in its pursuit of transforming lives through medical education and research in the UAE and for all mankind. Our mission at the Kataria Foundation is to enable people to lead meaningful lives and realize their potential through providing good healthcare and education. We have been associated with various initiatives of Al Jalila Foundation and give our utmost support and blessings to the Hamdan Bin Rashid Cancer Charity Hospital; may its purpose prosper for generations to come.”

PNC Menon, Founder and Chairman, Sobha Group said: “We are honoured to support Al Jalila Foundation in its mission to establish the Hamdan Bin Rashid Cancer Charity Hospital and believe that their work towards advancing local medical research is crucial to the UAE’s progress as a medical hub. The UAE is home to the brightest minds and its healthcare sector is expanding rapidly to meet the evolving needs of a growing population. In this context, it gives me great satisfaction to see the treatment of serious diseases such as cancer get priority.” 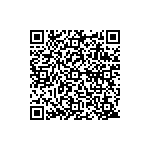