Ali’s determination has no limits 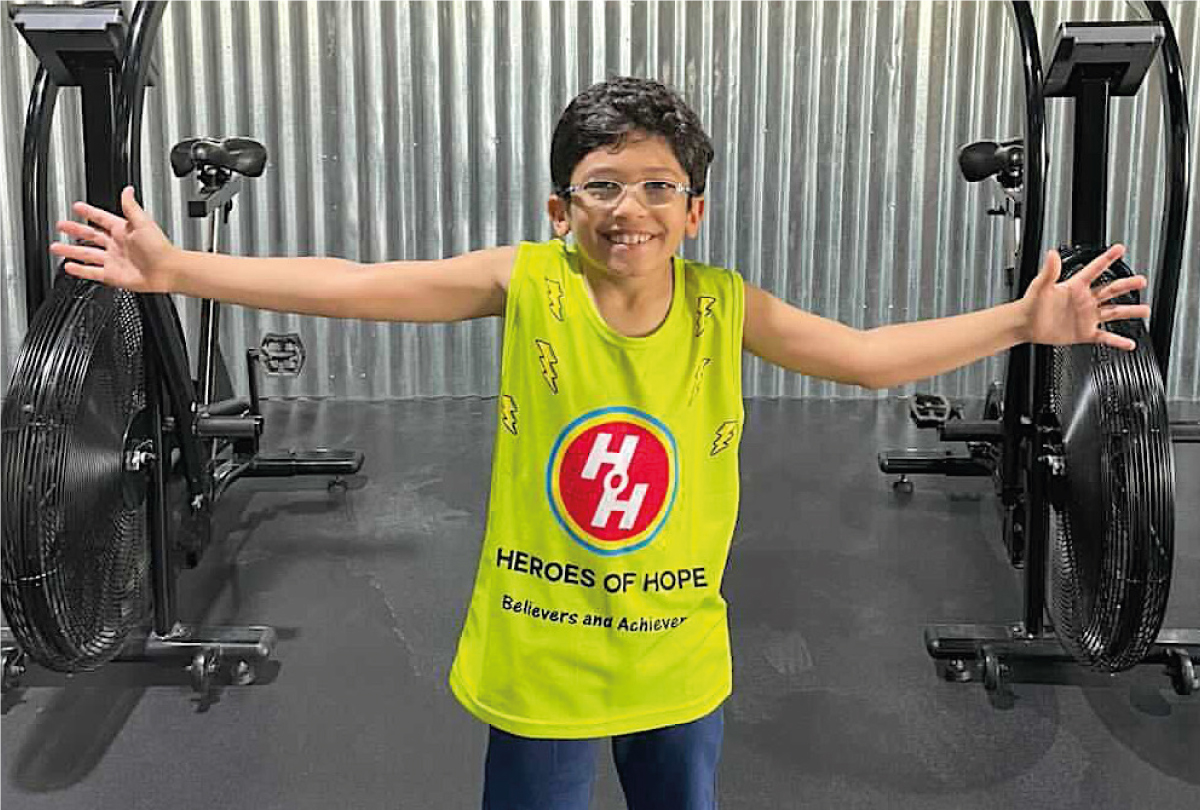 8-year-old Ali was diagnosed with cerebral palsy as a toddler however the condition has not stopped him from being a superhero for other children of determination and an Ambassador of Hope for Al Jalila Foundation.

Ali’s mother heard about Heroes of Hope and the work they do to empower children of determination through sport and encouraged Ali to give it a try. From his first training in October 2020 Ali was hooked. He had been doing various physiotherapy which he found boring but as soon as he got into the gym, he loved it. After meeting Hollie, his coach, he set himself a challenge to show what children like him were capable of.

He loves training, his favourite activities are weightlifting and playing soccer, and he now dreams of becoming an Olympic champion – as a very focused and determined boy, he will surely get there!  Ali’s parents and his brother Omar are his greatest supporters and could not be prouder of him: “Ali’s determination to achieve something big gives him a lot of confidence and makes him proud of himself especially among his school peers. We know he can realise his dream of being in the Paralympics … the fitness challenge is just the beginning.”