The 250-bed cancer charity hospital pays tribute to the late Sheikh Hamdan Bin Rashid Al Maktoum for his lifetime of service to the nation and extraordinary global philanthropic achievements and aims to be a pioneer in cancer care for patients in need.

Lieutenant General His Highness Sheikh Ahmed Bin Rashid Al Maktoum, Deputy Chairman of Dubai Police and Public Security in Dubai, said that the Hamdan Bin Rashid Cancer Charity Hospital embodies the values of the late Sheikh Hamdan bin Rashid Al Maktoum and is faithful to the path of charity and benevolence that he chose throughout his life, promoting compassion, cooperation and solidarity between communities and individuals. The Hospital will act as a beacon of hope for cancer patients who will be able to receive free treatment as per the highest international medical standards. It will also promote the UAE’s research and scientific efforts and offer further medical contributions, especially in the fields of oncology and cancer treatment.

“Providing healthcare to the people in need, advancing the healthcare ecosystem and boosting scientific research as the key to developing the medical sector, were among the key aspects of charity and humanitarian aid to which Sheikh Hamdan paid great attention and care to, given his strong belief in their vital role in serving humanity and caring for patients all over the world. The announcement of the Hamdan Bin Rashid Cancer Charity Hospital by His Highness Sheikh Mohammed Bin Rashid Al Maktoum, Vice President and Prime Minister of the UAE and Ruler of Dubai, honours the memory of the late Sheikh Hamdan and sends the message that the journey of humanity and charity never ends,” Lt. General HH Sheikh Ahmed Bin Rashid Al Maktoum said.

“Sheikh Hamdan Bin Rashid founded a unique humanitarian school of thought. He was a pioneer of charitable work in the UAE. He introduced a new way of thinking where charitable work opportunities were unlimited. His charity work was not restricted to conventional areas, but rather included diverse fields such as education, culture, health, care for orphans, the poor and the needy, medical treatment for cancer patients and children and relief for those who have been subjected to famine and natural disasters all over the world.  The generous late Hamdan Bin Rashid was always ready to support people in need, meet their needs, build schools for their children and establish healthcare centers to fill them with hope. This is the late Hamdan’s school of thought that will be honored throughout the ages,” His Highness added.

Her Excellency Dr Raja Easa Al Gurg, Member of the Board of Trustees and Chairperson of the Board of Directors of Al Jalila Foundation, said: “We are honoured to have the support of HH Sheikh Ahmed Bin Rashid Al Maktoum to strengthen our capacity to transform patient care, advance pioneering research, educate medical leaders and improve cancer care for the most vulnerable in society. The Hamdan Bin Rashid Cancer Charity Hospital will be a beacon of hope for cancer patients and their families, and we are grateful to the generosity and support of our partners and donors that make it possible.”

According to the World Health Organization (WHO), cancer is the second leading cause of death globally and is responsible for about 10 million deaths per year. Late-stage presentation and lack of access to diagnosis and treatment are common, particularly among the most vulnerable in society. In the UAE, approximately 4,500 new cases of cancer are reported every year and cancer is one of the leading causes of deaths. 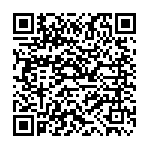